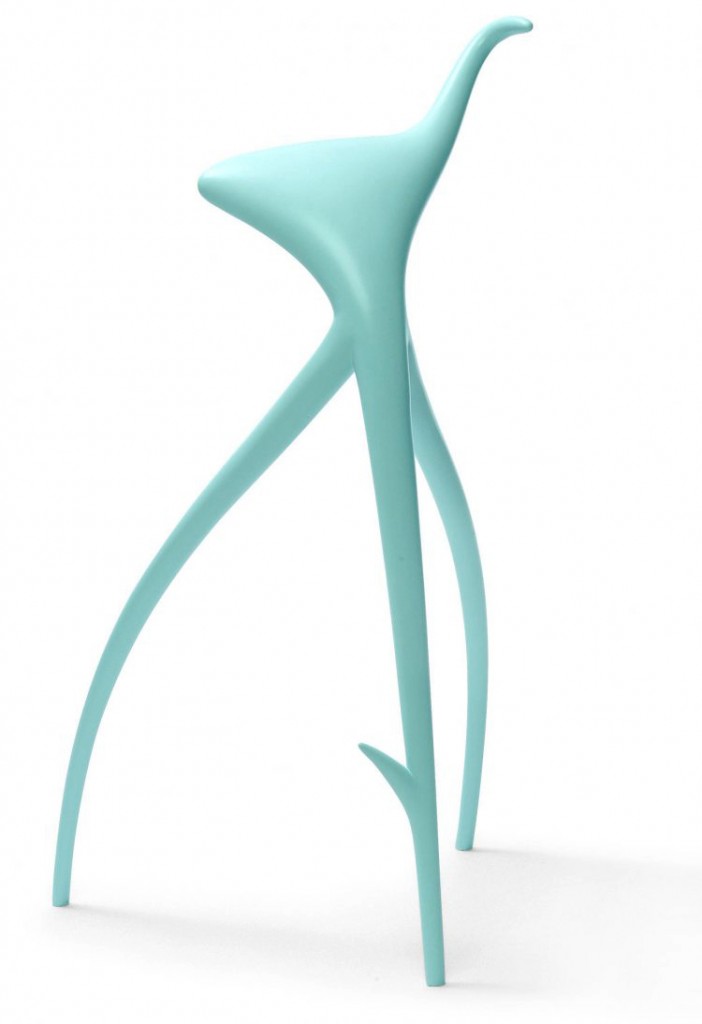 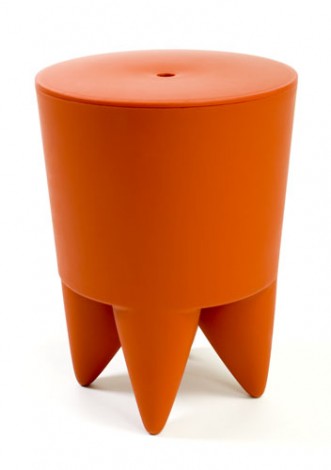 W. W. Stool is more like a sculpture, to be used as a stool or standing support, rather than an item of furniture intended purely with functional use in mind. By ignoring functional constraints, Phillipe Starck was able to allow his formal brilliance full rein. Sculpture which can be used either as a stool or support when standing. Sand-blasted lacquered aluminium in blue-green.