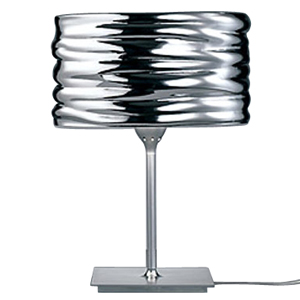 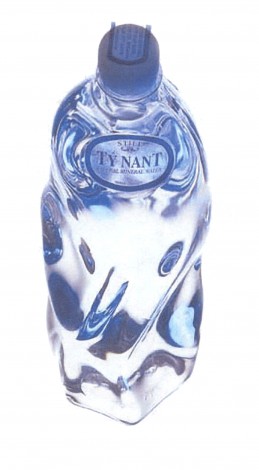 Clear plastic water bottle with organic ripples. This has been noted in engineering magazines for being the first blow-molded, asymmetric PET bottle. The water is bottled in Wales.

One of the most influential designers of his generation, Ross Lovegrove began his career in the early 1980’s at Frog Design in West Germany. There, he worked on walkmans for Sony and computers for Apple. In 1990, he founded Studio X in London, where he designs products for a range of international manufacturers including British Airways, Kartell, Cappellini, Phillips Electronics, Moroso, Driade, Mazda, Apple Computers, Olympus Cameras, Luceplan, Tag Heuer, Alias and Herman Miller. Lovegrove is obsessed with both nature and technology. In order to reference these passions in his design, he uses the newest materials and manufacturing methods available. He has won numerous international design awards and his work is found in the collections of museums worldwide.

Other objects by Ross Lovegrove