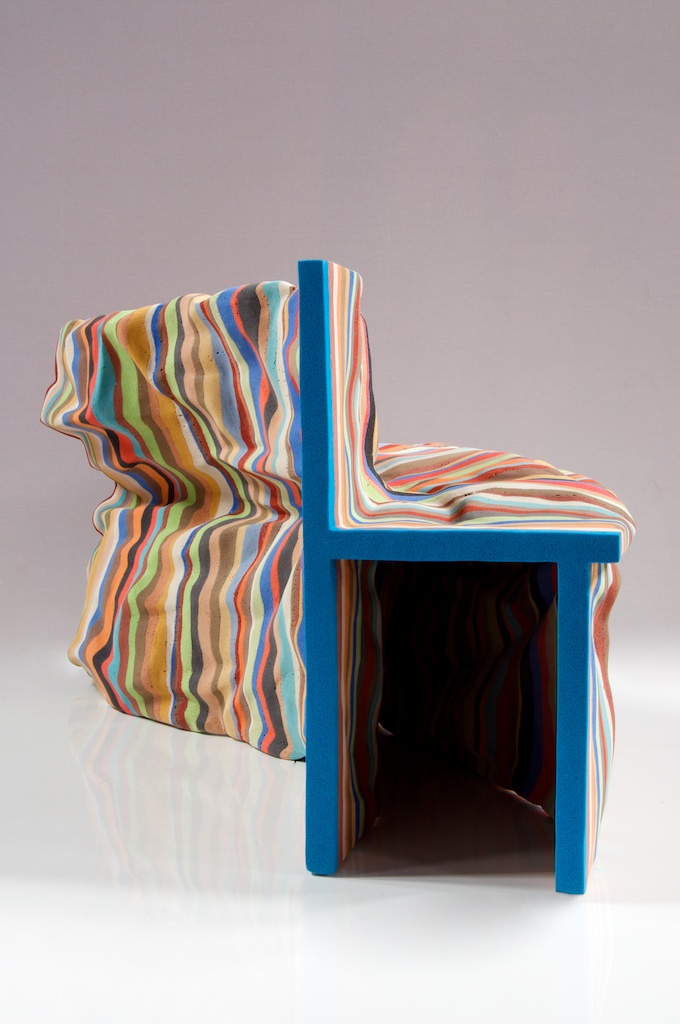 To Be Continued Bench

To be continued deals with creating a real and recognizable uniqueness within serial production. Instead of leaving randomness manage the differences, it uses the repetitive actions existing within the production process as a tool for differentiation. Each piece produced comes as a result of a process applied on the piece that came before. Each piece is then existing because of the others and couldn’t have been designed without the others. Each layer is casted on top of the one casted before following the exact outline of it. Because of the imperfection of the cast, the object slowly mutates and start designing itself.

Julien Carretero studied industrial design in Paris and England. He went on to pursue a master’s degree at the Design Academy Eindhoven, under the direction of Gijs Bakker, while also working in the studio of Maarten Baas. Carretero’s main interest is the production of objects as a growing process. By creating his own manufacturing techniques, he aims at blurring the border between serial and handmade production.

Other objects by Julien Carretero