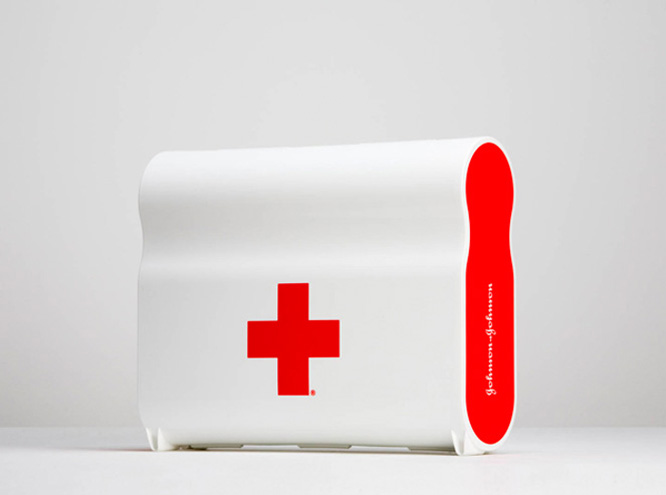 Pig Bank is part of the ‘Reality’ series by award winning interior and industrial designer, Harry Allen. ‘Reality’ consists of objects whose forms are “sampled” from existing sources. Allen, whose work is part of the permanent collection of the Museum of Modern Art, New York, has long believed that original form should no longer be the driving force in design. His process emphazises the inherent beauty of things – beauty from concept, beauty from materials, beauty from structure. Pig Bank is the ‘Reality’ take on the classic piggy bank. It is produced by casting polyester resins in highly-detailed silicone molds from a real pig. The pig, we are told, lost its life from natural causes and allen will donate $10 from each sale to the Humane Society to prevent cruelty to animals everywhere. These banks are not toys, they are fragile and should be handled with care. available in gold, gypsum white, pink, and chrome.

Harry Allen is the founder and president of Harry Allen & Associates.

After receiving a Masters in Industrial Design from the Pratt Institute, Harry Allen worked for Prescriptive Cosmetics designing counters and point-of-purchase displays. With the ideas he developed in his Master’s thesis and on the job, Allen opened a studio and produced a line of furniture called “Living Systems” which he shoed at New York’s International Contemporary Furniture Fair in 1993. Today his furniture is in production with a variety of clients including Habitat, Dune, and Magis.

In addition to his success as a furniture designer, Allen has achieved noteworthy status for his interior design. His first major project, the Moss design gallery in New York’s Soho district, received international praise. Since then, he has designed a number of successful retail interiors including the Union street wear store in Los Angeles, Supreme skateboard apparel stores in the States and Japan, the Dragonfly Selects jewelry store in Taiwan, and the Hushush family clothing stores in Japan. He also designed the SX137 restaurant/nightclub in New York City, offices for Metropolis Magazine and the Guggenheim Museum, and a variety of residential interiors.

Allen’s vision has also been translated in the area of product design. He designed an extensive range of home furnishings for Wireworks, a medicine chest for Magis, glassware for Steuben, and picture frames for Umbra. He recently redesigned the lipstick case, compact, and foundation bottles for Aveda’s make-up line. New projects include packaging for Target and Dupont, visual display design for various Estee Lauder brands, and the Reality product line for upstart design company Areaware.

Also notable is Allen’s innovation in lighting, which often showcases his interest in using new and uncommon materials. Besides producing countless experimental pieces in his studio, Allen has designed lighting fixtures for George Kovacs, SPutnik, and Swarovski. His ceramic foam lamps were feature in the Museum of Modern Art’s 1994 Show “Mutant Material in Contemporary Design” and have since been added to the Museums’s permanent design collection. Despite all the attention, Mr. Allen’s lighting designs are not exclusive-his Kila desk lamp sells for $14.99 in Ikea stores worldwide.

Other objects by Harry Allen