Lytro is a new concept in photography, both in its technology and design. Created by designer Ren Ng and the company New Deal Design. The Lytro uses light-field technology, which was the topic of Ng’s 200-page PhD thesis. The camera captures all the light in the scene and after you take the picture and you can endlessly focus and refocus it. 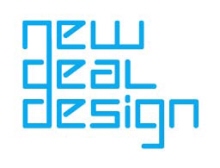 New Deal Design is a creative agency founded in 2000 specializing in technology objects and information architecture. Based in San Francisco, the firm is led by founder Gadi Amit, former Vice President of Frog Design. The firm has received over 100 design awards including IDEA, red dot design awards, I.D. Magazine, International Design Forum Hannover (iF), Good Design Award and their work has been exhibited in the Chicago Athenaeum, Cooper Hewitt-National Design Museum and the San Francisco MoMA. Their clients include start-ups like Lytro and Fitbit, as well as global brands such as Dell and Logitech.

Other objects by New Deal Design