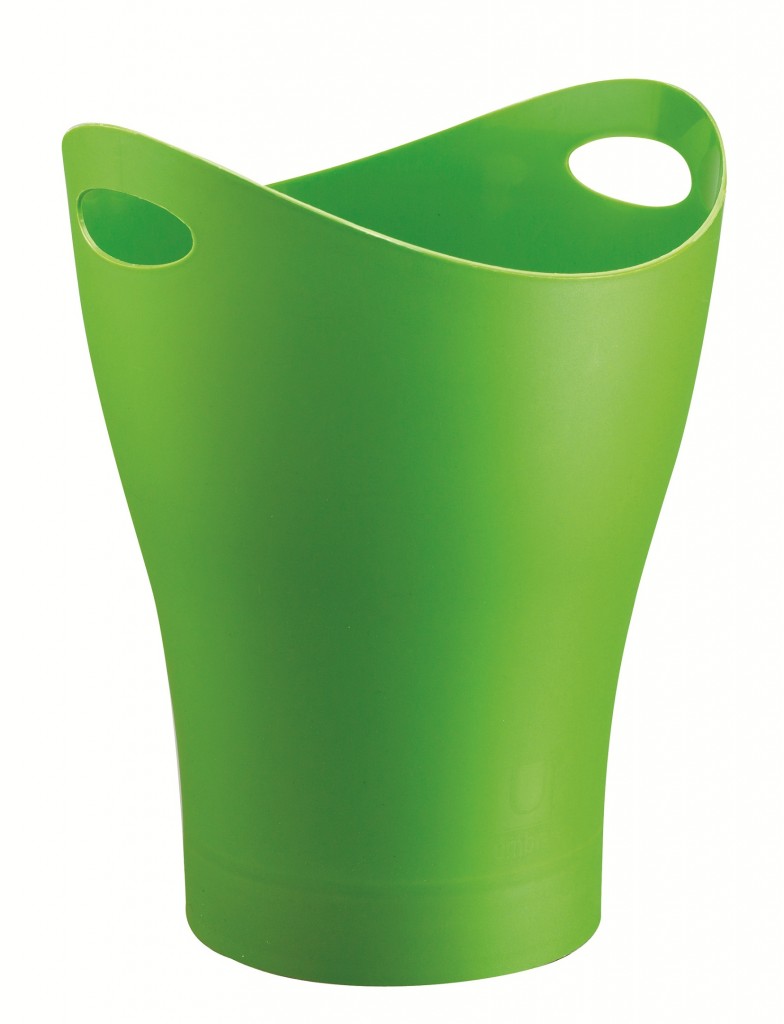 Retailing for only $12, this 5 gallon polypropylene trashcan is a true example of high design for the masses. Rashid’s minimal design shows attention to negative spaces. While available it could be found in dorm rooms, offices, and homes everywhere! The original Garbo is no longer in production, but you can buy Garbino, a smaller toss can with a similar aesthetic.

Karim Rashid received a degree in industrial design from Carleton University in Ottawa, Canada, in 1982 and completed his postgraduate studies in Naples, italy. since the opening of his design practice in New York in 1993, he has completed nearly 4,000 design projects. Rashid’s work is immediately recognizable by his signature curvilinear forms which he calls “blobjects”
and bright, often pink, color palette. his philosophy rejects nostalgia,
antiquated traditions, and references to the past, all of which he believes impede progress. The title of his book, I Want to Change the World, attests to his confidence in the power of design and his ability to use it. Rashid’s work is in the permanent collections of more than twenty-two museums and is exhibited in galleries worldwide. He has received the Red Dot Design Award, the Chicago Athenaeum Good Design Award, and the Industrial Designers Society of America Design Excellence Award, and has been cited by the I.D. magazine Annual Design Review.

Other objects by Karim Rashid