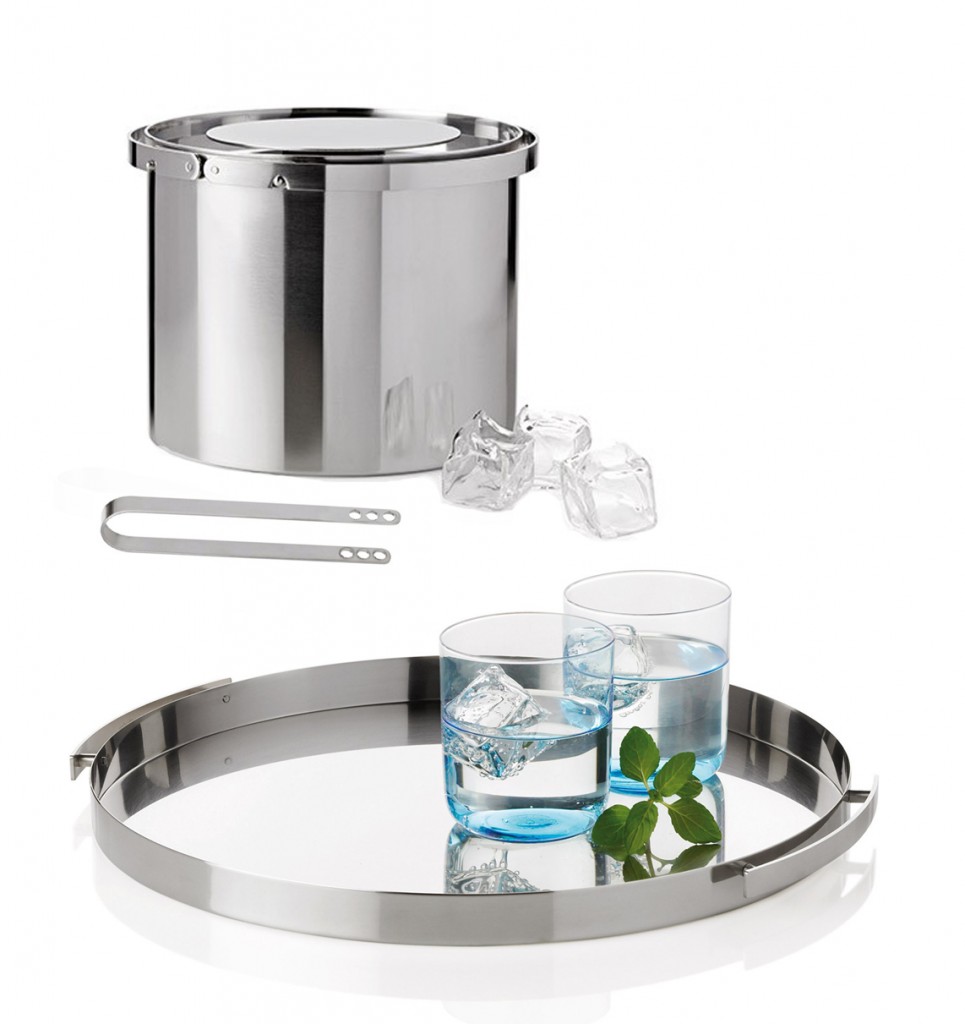 Originally sketched on a napkin in 1964, it took three years and new technology to make Arne Jacobsen’s Cylinda Line (1967) stainless steel barware possible to produce. Jacobsen insisted on seamless tubes with perfect brushed surfaces, and he continued to add new pieces – some designed by Peter Holmblad – to the collection until 1974. An immediate success, Cylinda Line was awarded the 1967 ID Prize by the Danish Design Council, and pieces of the line are included in the permanent collections of MoMA and the Victoria and Albert Museum.

Arne Jacobsen initially trained as a mason before studying architecture at the Royal Danish Academy of Arts, Copenhagen in the late 1920’s. His architecture includes a considerable number of buildings; his most notable include St. Catherine´s College, Oxford, and the SAS Hotel, Copenhagen. In 1930, he established his own design office, which he headed until his death. He was also a professor of Architecture at the Royal Academy of Arts, Copenhagen, from 1956 onwards. His best known projects are St. Catherine´s College, Oxford, and the SAS Hotel, Copenhagen.
During the 1960´s Arne Jacobsen focused on circular, cylindrical, and triangular forms. Both the award winning stainless steel tableware set “Cylinda-Line” and the lamp series “AJ” reflect this. “The Ant” and “The Number Seven” chairs made Arne Jacobsen world famous as a furniture designer and made Fritz Hansen a notable international manufacturer.

Other objects by Arne Jacobson