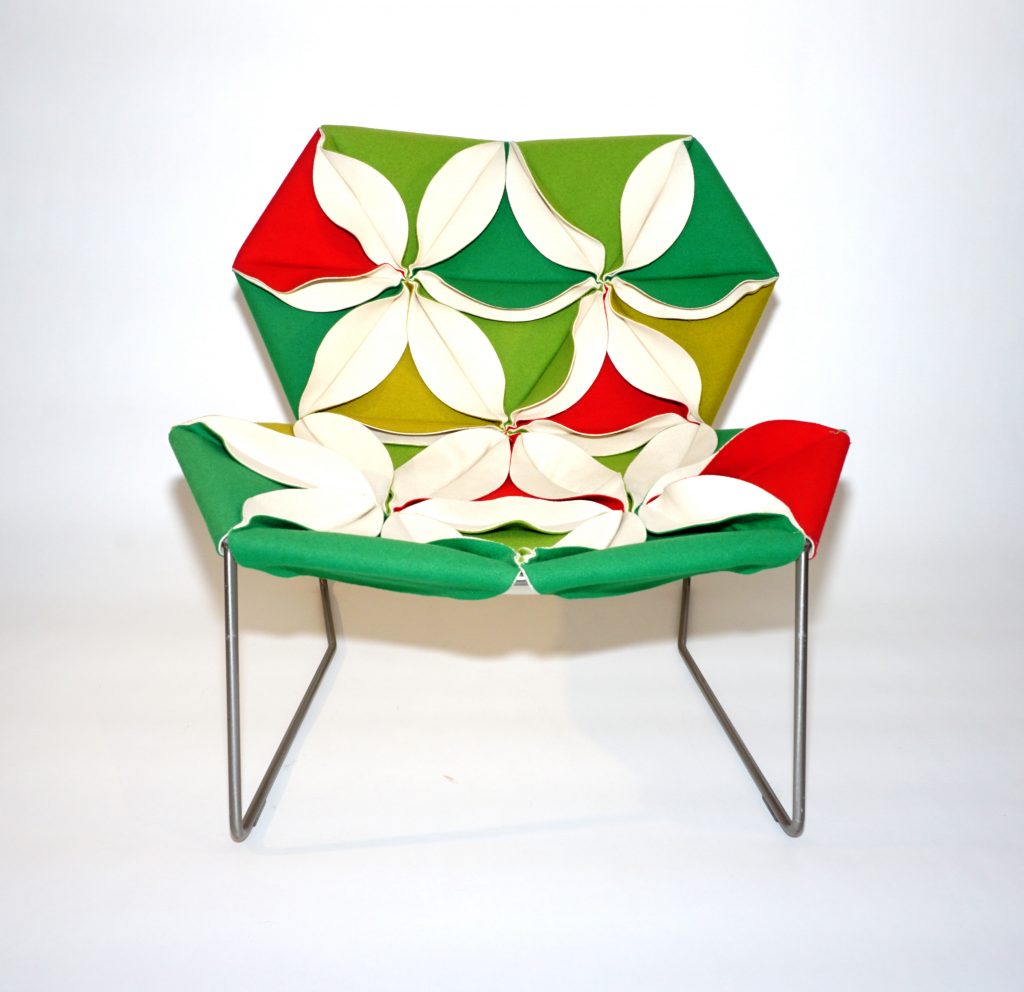 Seeking a new shape for a non-upholstered seating element, the design blossoms from a “cellular” genesis of petals sewn in triangular shapes, creating ample patterns. The lightly padded petals feature reversible materials – felt and wool fabric; wool fabric and leather – which create a supporting cover that is then fixed to a stainless steel metal frame. The cover creates two very different and striking moods: with the petals facing upwards for a more unconventional, feminine version; or facing downward for a deliberately severe, quilted look. 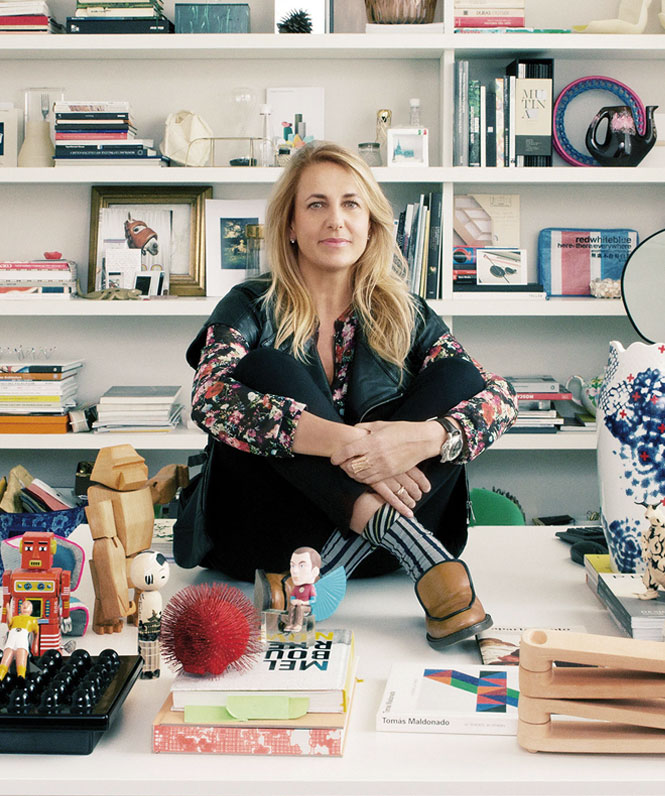 Spanish-born designer Patricia Urquiola trained as an architect in Madrid and later graduated from Polytechnic University of Milan, where she studied with influential lighting designer Achille Castiglioni. Since opening a studio in 2001, she has collaborated with Alessi, B&B Italia, Flos, Kartell, Moroso, and Haworth. In 2015 she was appointed art director of the iconic Italian company Cassina.
Urquiola has received numerous accolades and awards, including Spain’s Order of Isabella the Catholic and the Gold Medal of Merit in Fine Arts. In November 2017, she received the Design Excellence Award from Collab, a group that supports modern and contemporary design at the Philadelphia Museum of Art.

Other objects by Patricia Urquiola