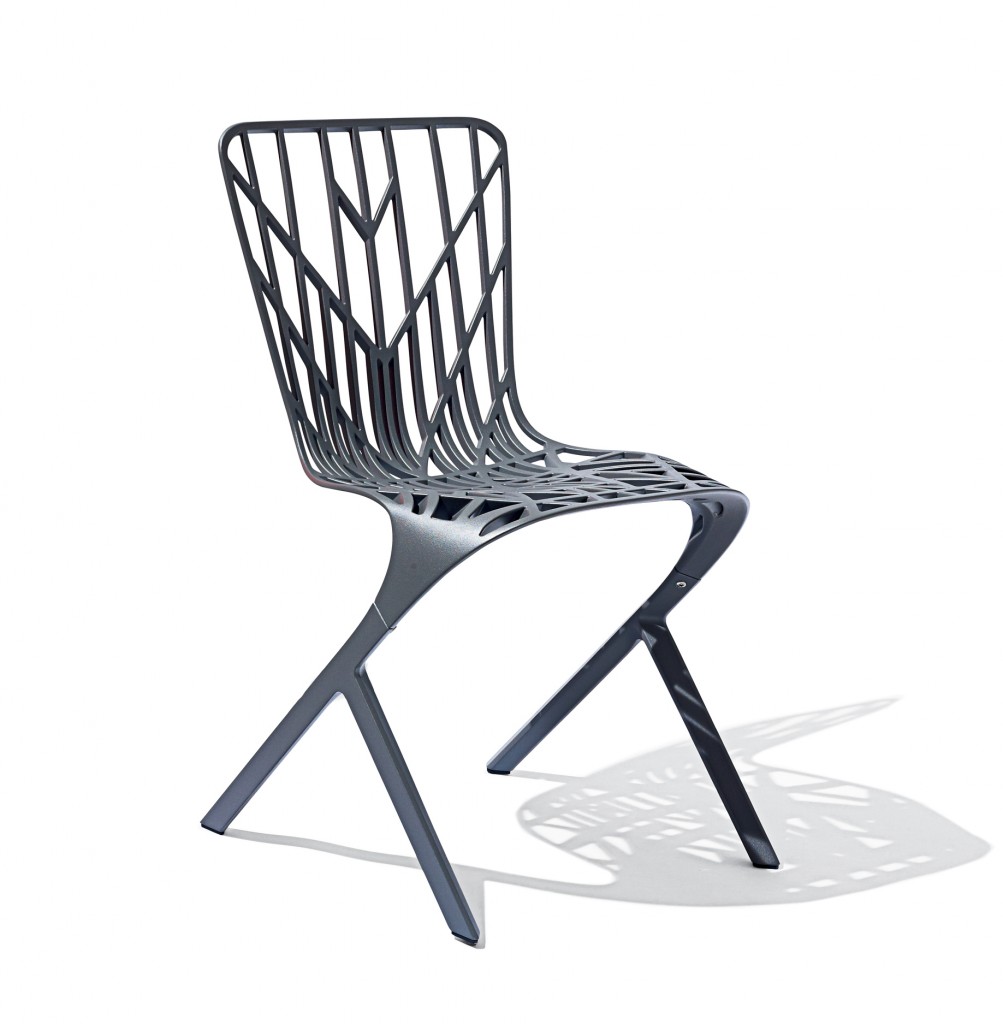 In 2010 David Adjaye was invited to create a collection for Knoll, which he called the Washington Series. Consisting of two chairs and a coffee table, the furniture explores a number of themes including monumentality, materiality and history. The primary idea behind the Skeleton Chair was to mimic the form of a seated person in elevation, so that the chair almost disappears when in use. The ribbing pattern is then a drawing of the forces required to brace this shape – like an exo-skeleton. The chair is cast in two pieces out of aluminum and powder coated. 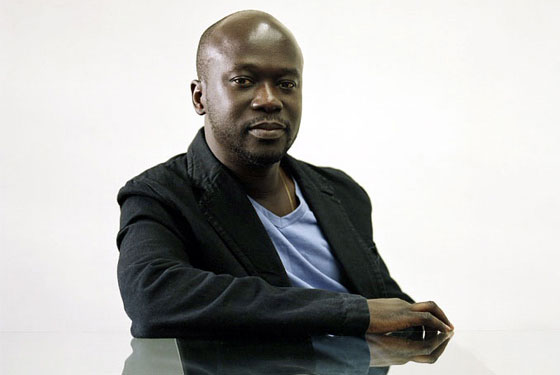 David Adjaye OBE, Principal Architect of Adjaye Associates, is one of the leading architects of his generation. Described as an architect with an artist’s sensibility, his ingenious use of materials and showcasing of light have defined his work since establishing his practice in 2000. He was born in Tanzania in 1966 and lived in a number of different cities across the continent of Africa until settling in London at the age of thirteen. After gaining a B.Arch. from London South Bank University, he graduated with a Master’s degree in Architecture from the Royal College of Art in 1993, where he won the RIBA Bronze Medal. Projects have been diverse in scale, audience, and geography.

Other objects by David Adjaye