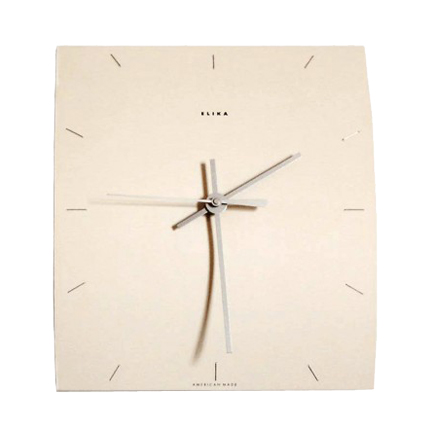 This clock is an extreme example of functional minimalism. With only a clock mechanism, and staples positioned precisly, Boym has created a wondeful object.