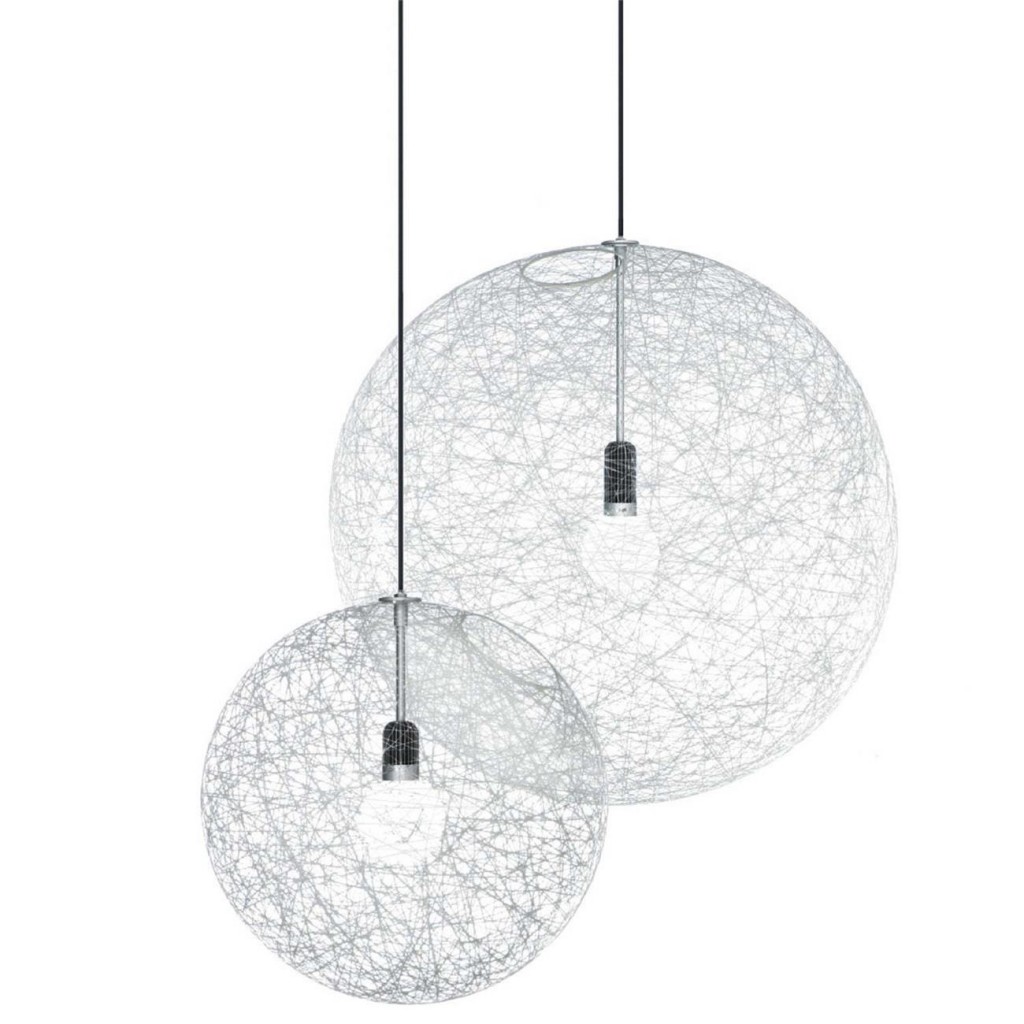 Hugely dramatic, light as a feather and distinctly Dutch, the Random Light by Bertjan Pot began as a modernist craft project of sorts. After attempts at knitting fiberglass as a means of creating structure, Pot turned to coiling epoxy-dipped fiberglass around a large balloon in varying patterns. Once the balloon was popped, the dramatic globe shape remained, becoming a buoyant pendant lamp for an entryway, dining room or lounge area. The light bulb is visible at the center of the globe, and when lit, creates an allover glow with minimal glare.

When asked to explain what he does, Pot was quoted, “That depends on who I have to explain it to. Mostly I just say, “I make furniture” or “I design furniture” or “I think of furniture, and other people make it.” If it’s someone like my grandmother, I say, “I’m an artist.”

Pot’s work is in the permanent collections of the Victoria & Albert Museum in London, the Stedelijk Museum Amsterdam, and the Museum of Modern Art in New York, among others. in 2012 he won the Frame Moooi Award.

Other objects by Bertjan Pot