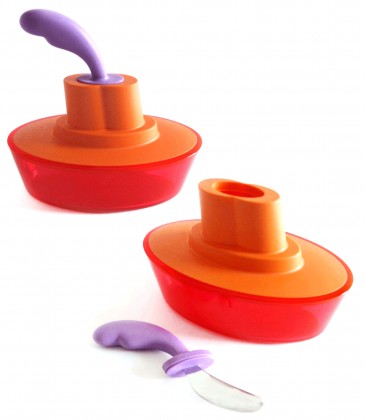 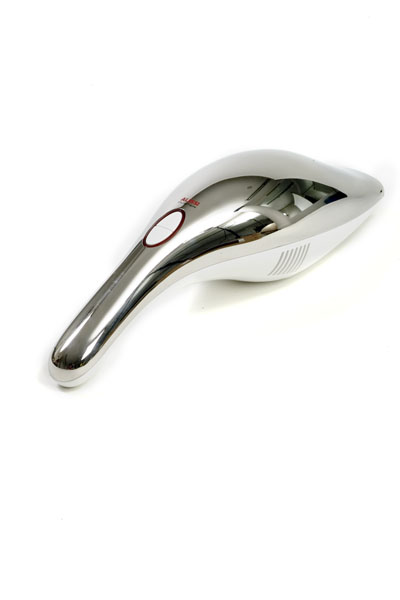 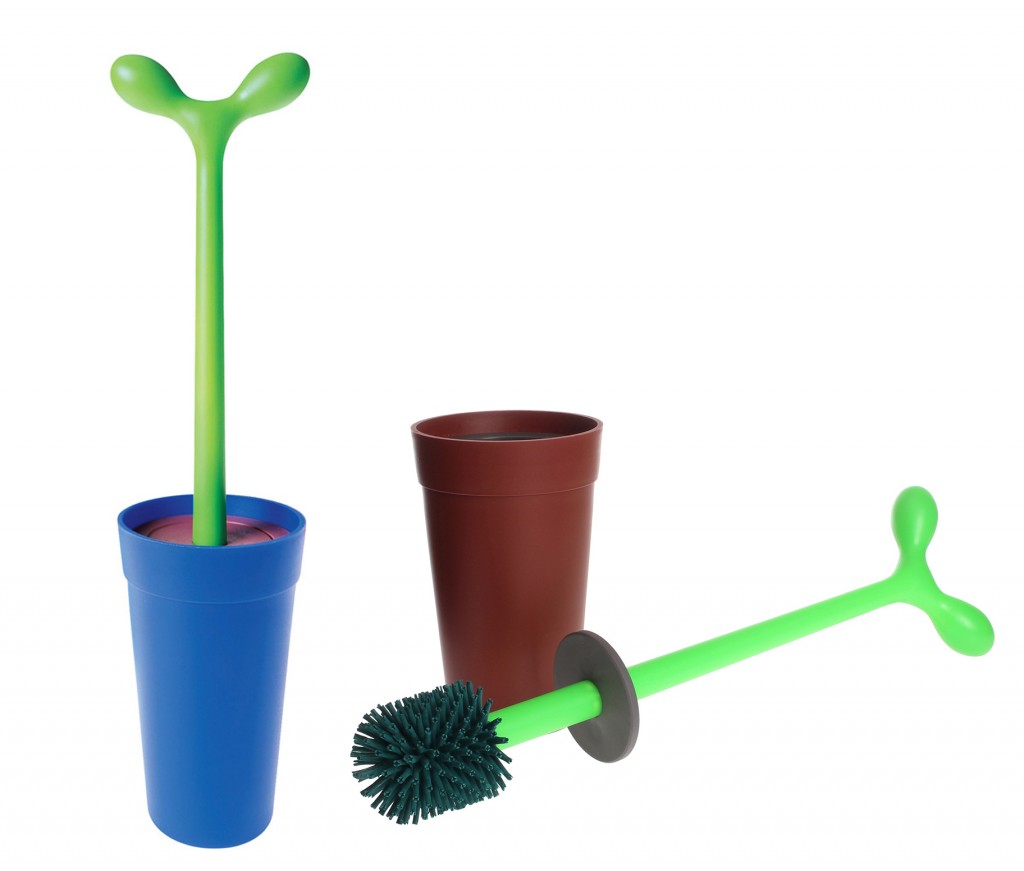 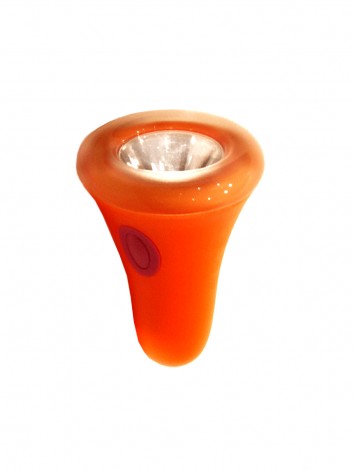 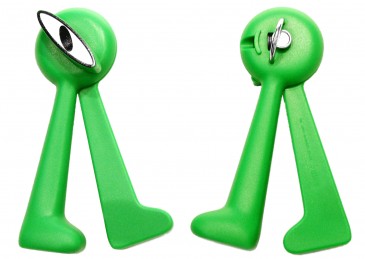 Orange and red shakers that magnetically rest on a pole that protrudes from a stainless steel base.

Stefano Giovannoni was born in La Spezia in 1954 and graduated from the Faculty of Architecture in Florence in 1978. He lives and works in Milan.

He taught and conducted research at the Faculty of Architecture in Florence from 1979 to 1991. He has been a professor at Domus Academy in Milan, at the Università del Progetto in Reggio Emilia and professor of Industrial Design at the Università di Architettura in Genoa.

In 1980 he won first prize at the “Shinchenchiku Residential Design Competition” judged by Kisho Kurokawa. In the same year he won the competition for a square at Santa Croce sull’Arno (Pisa).

In 1985 he won second prize at the Shinchenchiku Residential Design Competition judged by Tadao Ando.

In 1989 he won the competition for the restructuring of the old town centre of Castel di Sangro (L’Aquila) with Andrea Branzi and Remo Buti.

In 1991 he designed the Italian pavillon for the “Les Capitales Européennes du nouveau design” exhibition at the Centre Georges Pompidou in Paris.

Other objects by Stefano Giovannoni