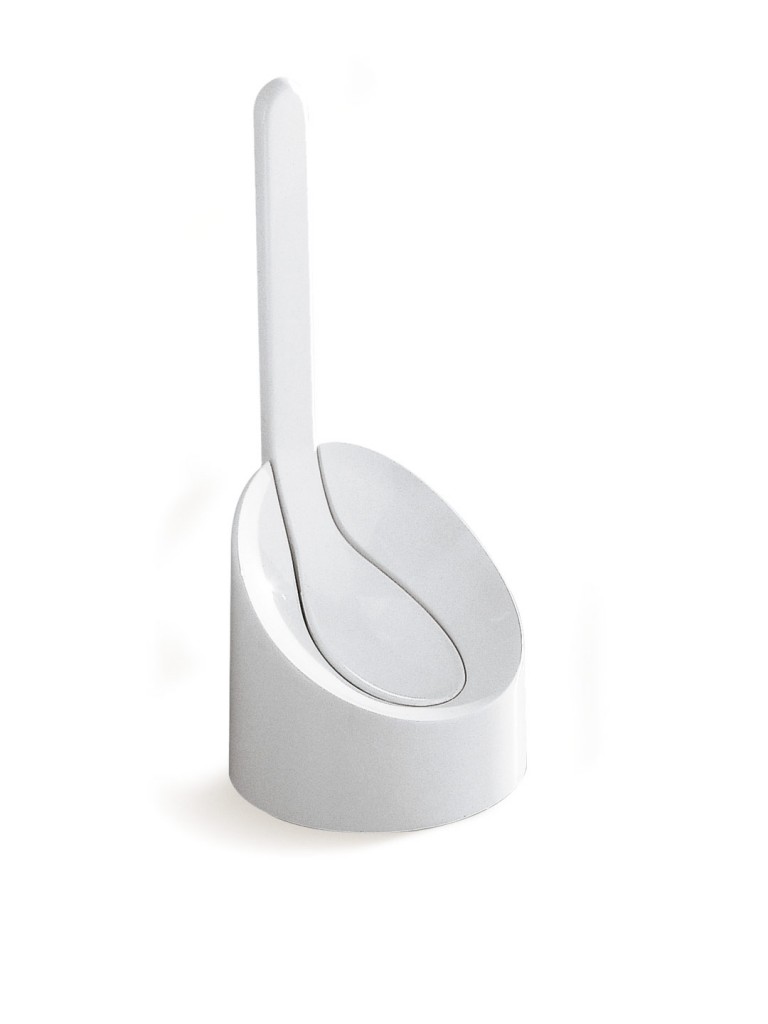 The form of this toilet brush holder allows the surface of the brush to be flush with its base, when not in use. This is a beautiful, seemingly sterile object that is popular in hotels. The bristles are made from PVC, allowing them to be soft and durable.

Hasuike graduated from the University of Tokyo in 1962 and began working for Seiko in Japan. He designed many clocks including one specifically for the 1964 Olympic Games. In 1968 he founded his own studio in Milan, becoming one of the first industrial design agencies in Italy. The company provides services in industrial design, graphic design, packaging design, retail design and exhibition design. Hasiuke’s projects have been given high recognition, such as the Compasso D’Oro, Design Plus, and inclusion in the Museum of Modern Art in New York’s ’s permanent collection.
MH Way, a manufacturer of bags and accessories, was founded by Hasuike in 1982.

Other objects by Makio Hasuike