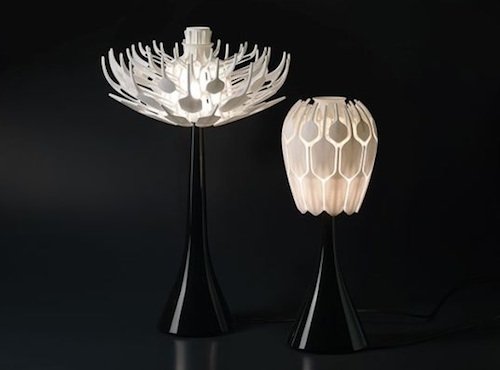 Inspired by flower blossoms found in nature, this table lamp features a shade which collapses and expands to release or contain light. The shade is 3D printed as a single piece, including hinges that in one movement, transform the shade from a bud to a blossom.