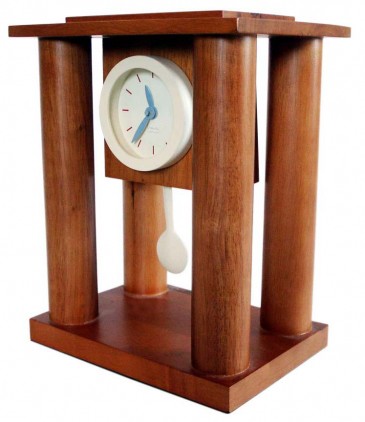 This wooden pendulum clock has a postmodern architectural appearance. It has four columnar wood pieces supporting the mechanism.